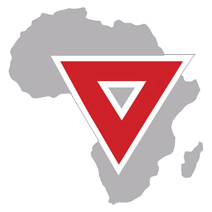 Cape Town — Most Africans say their governments are failing in the fight against corruption, and many believe the situation has deteriorated in the last decade, according to the continent’s most comprehensive survey of public opinion.

The survey also says nearly one in three Africans say they have paid a bribe in the past year, and almost one in five have paid it to a government official to get an official document or permit. The survey shows that corruption hits those living in poverty the hardest, and police forces are the government institutions most often accused of taking bribes.

These are among the major findings of the latest Afrobarometer survey of public opinion in 34 countries. Afrobarometer is a research project coordinated by independent institutions in Ghana, Benin, Kenya and South Africa, with partners in 31 other countries. It says its surveys are based on nationally representative samples and thus represent the views of about three-quarters of Africans.

The newest report from the survey conducted between 2011 and 2013 was published in Dakar on Wednesday.

Malawians and the Basotho are the least dissatisfied with their governments over corruption, with 28 percent of people rating their governments poorly. In Botswana the figure is 29 percent, in Senegal 32 percent and in Niger 39 percent.

The report says that in the 16 countries surveyed since 2002, those who rate their governments’ performances poorly rose from 46 percent to 54 percent of respondents. Perceptions of government performance worsened in 11 of the 16, with Kenya, Zimbabwe, Ghana and Tanzania doing worst.

In Kenya, only 11 percent of people said in 2003 the government was failing, but the figure rose to 70 percent in 2011. Afrobarometer attributed the 2003 figure to « public euphoria » after the 2002 election, in which an incumbent government was removed for the first time.

The most notable improvement was in Malawi, where those who gave their government negative ratings dropped by 40 percentage points (from 68 percent ratings to 28 percent). There were also improvements in perceptions in Lesotho (18 points), Botswana (11 points) and Senegal (10 points).

Other findings in the report:

In its conclusions, the report says although the fight against corruption « has had a very high profile in the last decade… Afrobarometer data shows that these efforts have not been sufficient to curb corruption levels.

« Moreover, the poor’s experience with corruption in their day to day interactions with public servants may contribute to increasing social inequality and exacerbating the differences between the rich and the poor…