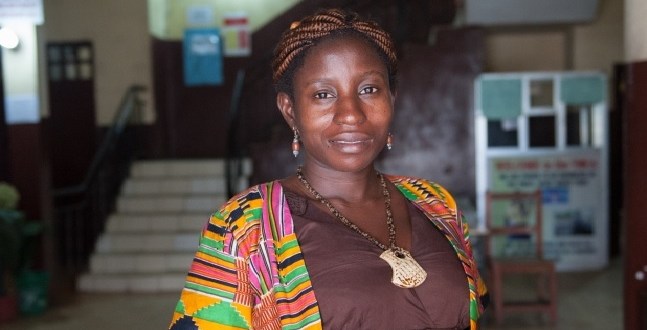 Ask any mother and they will say the same: their worst fear is seeing their children suffer.

For Vivien, these fears have multiplied amid an Ebola outbreak which has had almost 15,000 confirmed cases. Vivien is raising a family in Liberia – the worst affected country – where the virus has claimed over 2,800 lives.

“I’m worried about my family” said Vivien, “When I leave home I worry about what the children are doing, especially with stories we are hearing about people poisoning the water. They just want to play football. But even that’s not safe anymore.”

Recently, Liberia’s president Ms Ellen Johnson Sirleaf stated that “Ebola is not just a health crisis across West Africa, a generation of young people risk being lost to an economic catastrophe,” and Vivien is starting to see the start of this catastrophe first-hand.

“Ebola is affecting people’s economic and social status. Some people are not able to carry on their business. Before, in a taxi we would have four people in the back and one at the front. Now taxi drivers only want three in the back and they have tripled their fares.

A mother of a 13 year-old son, Vivien is also currently pregnant, and should be excited about welcoming a new member to the family. Instead, she lives in fear that her unborn child will not get the care it needs because of hospital closures.

“I should be going to the hospital to have a check-up for my pregnancy, but recently the hospital’s been closed.”

“I heard a story about a woman who was in labour. She went from place to place but no one could help her. Every hospital is shut for fear of Ebola. So she and the baby died. The disease is so deadly we cannot allow it to spread.”

“We are just hoping and praying that with the help of the international community, we can all join hands to fight this disease.

Our movements urgently need support for not only their Ebola activities but also for the staff and the sustainability of the movements. Any donations, big or small, are welcomed. Please contact the AAYMCA in this regard via: aaymcas@africaymca.org.