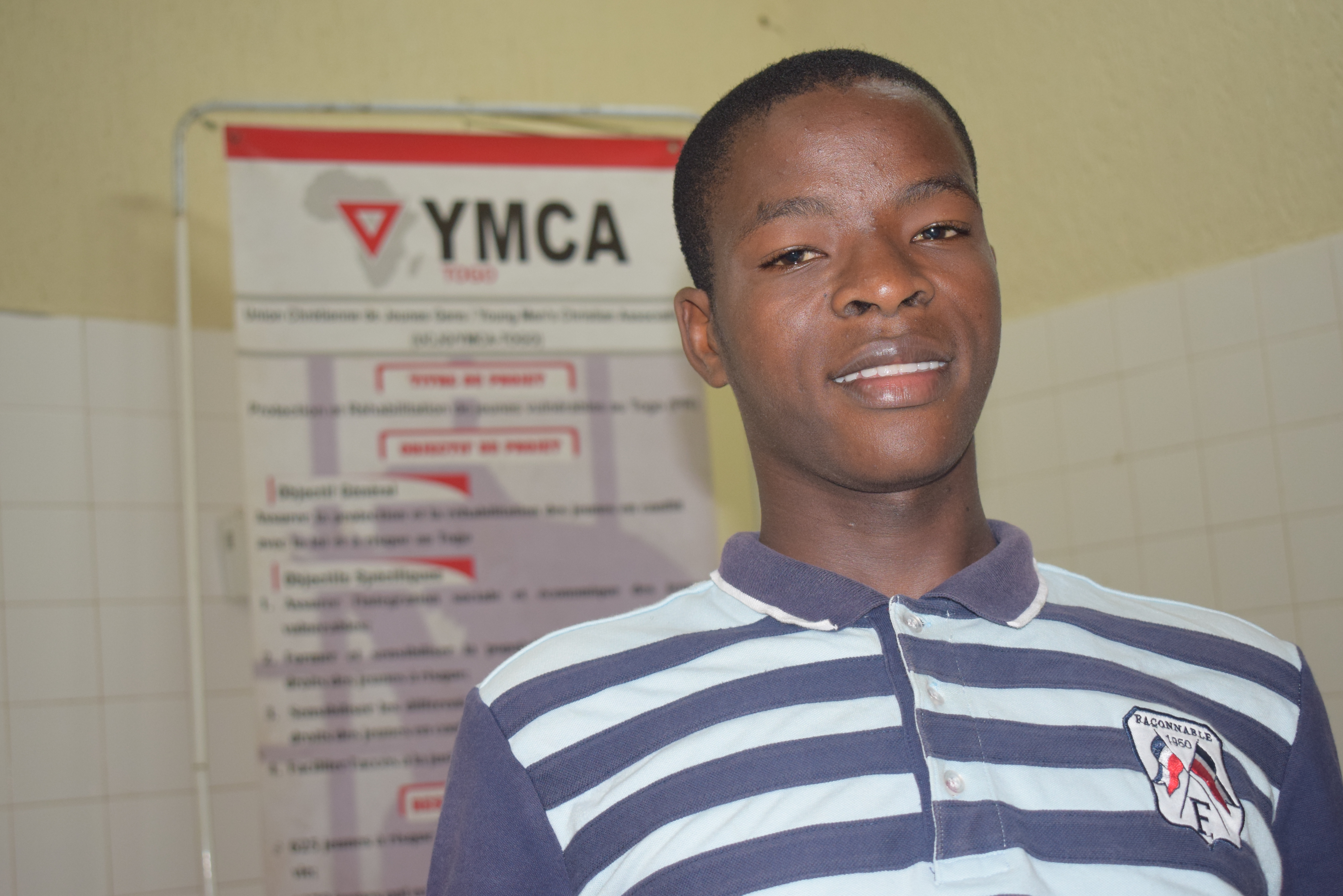 CREPPY Gédéon, a young member of the YMCA-Togo Cultural Club, talks about the positive impact of YMCA on his life during his last 4 years. Let’s go to his discovery.

My name is CREPPY Gédéon, I am 15 years old. I am a student and I live in Akodessewa.I knew the YMCA in 2013. We came to play in the compound on a Wednesday night. At that time we did not have enough information about the Organisation. We went back to returned in 2015-2016. I had already started college, and we did not go to school in the afternoons. I was there on a Wednesday night, I was amazed by all the animation that was in the compound.I have a brother Maturin, He was already part of the YMCA, and wanted to create a theater and storytelling club. So he offered to use it and we agreed. We came on Wednesdays and Friday nights. Tales were told, then it was the theater. Over time, the mannequina has been added. We did not need a manikin to teach us, our instructor excelled in the job. Other days, we practiced dancing to distract us. Not being a fan of dance, I did not really participate. Over time, personal development has been grafted onto it. Our difficulties have been laid bare to better help us overcome them. Values ​​such as tolerance towards others and acceptance of others have been instilled.Personally, the cultural club gave me a lot. Before being part of it, I was very shy; always in my corner, really reserved. Now, I am much more open to others. I am giving the best of me, to make the effort to participate in activities, I’m not really shy anymore. Now I can easily express myself in front of a whole group, I am no longer ashamed. On the school level, we were doing school support so the performance is good.

On the family level, I learned to accept and understand everyone; their reactions and attitudes. Previously, I told myself that I am the eldest so my younger siblings owed me respect. While ignoring the fact that I had to first earn that respect by respecting them first. The YMCA made me understand all that. They also taught me respect adults. I put more rigor in the respect and obedience of my parents. I realized that my parents would only want whats good for me. When I was a child, I thought that my parents were bothering me, especially when they asked me to do something that disrupts my TV programs, now I know they were trying to instill values.I would like to thank the YMCA leaders for making us perform on stage by putting our passion at the service of the association and by attracting many of our younger siblings. When we passed the YMCA, we had no idea what was going on there. I urge my younger brothers and sisters to approach the center on a Wednesday or a Friday night. Even if you do not intend to join a group, sit down and watch. Surely you’ll remember something. If you are interested in an activity, you can be better informed by approaching a leader. It’s for your own good. I urge young people to take the step and join, because the YMCA is changing a lot.

Togo: justice and rehabilitation for young people in prison